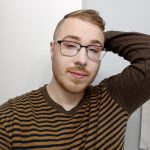 I am a Druid and a Unitarian Universalist. I live in Florida, USA and am interested in the particular view of Druidry that the BDO has. Most of my Druidry has been focused on the land that I am living on as opposed to Wales alone, along with a direct relationship with the Gods and Goddesses of the Welsh pantheon. I was originally trained by a Druid of the Avalon Druid Order, and some of my practice has been informed by this, however my view of Druidry is more universal and accepting of the idea that a Druidry may also be a priest/priestesshood or be monastic. I am also a non-binary/gender-queer person and though I wholeheartedly acknowledge gender as a spiritual concept, I am less inclined to be involved with Orders that enforce strict gender roles, as it is my belief that those gender roles are largely informed by western Christian society rather than pre-christian understandings. I am a bard in OBOD, mainly because it is the largest network of Druids here in the US. I am looking for something that is more than just the basics of magick and instead focuses more on the pagan spiritual practice of Druidry as well as the reverence of the Gods/Goddesses and the Ancestors. To me the Ancestors are equally as important to my Druidry as the Gods/Goddesses. The Gods/Goddesses are our ancestors themselves.